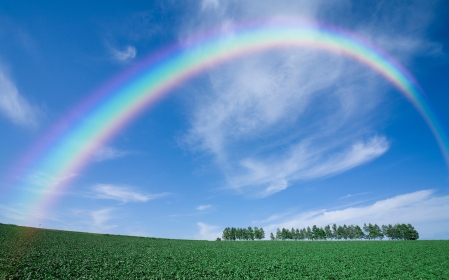 Have you ever thought about the story of Noah and his family?  After he spent all those years building the ark, God shut he and his family in and they could not get out until He opened the door. There’s a reason for that.  They could not have weathered the storm if they were not shut in.

When a husband leaves this earth for heaven whether it is after a time of illness or a sudden death, God shuts a widow in so that she can grieve. Time ceases for her for awhile. Life around us seems to catch it’s breath in a gasp and stop. We find ourselves in this bubble where sounds are muffled and everything going on around us is happening in slow motion. Pain like we have never experienced before shatters and then breaks our heart. Thoughts may be clear at times, but for the most part they are overwhelming. There is so much thrown at us that we must do to take care of arrangements and then life itself that we literally do not know how we are going to make it.

People around think we are strong and tell us so, but the truth is, we are not strong.  We have been shut in by God so that we can weather this storm. For a time we do not have the energy to even try to bust the door down, but there may come a time that we find ourselves kicking against the door for all that we are worth because we do not like this place that we are in. It is then that we need to know that when God shuts you in, you need to trust Him enough to leave the door closed until He opens it.

There is a lot of waiting involved during that time. Noah and his family were in the ark for 12 1/2 months after the storm stopped. But there is a verse in Genesis 8:8 at the height of the storm that says, “But God remembered Noah…“.

I believe that Noah and his family learned a lot about themselves during that time of being shut in just as I have been learning unknown things about myself during these last 4 1/2 years. And as hard as it has been for me and as difficult as it is at times to even pray, I have found myself able to say, “Thank you, Lord.” What am I thanking God for exactly?  I am thanking Him for being here for me even during the times when I cannot understand why my husband is no longer here with me.  I am thanking Him for never leaving me and for being faithful to me even when I cannot sense His presence or see what He is doing in my life. I am thanking Him that even though I am alone and lonelier than a hound dog sometimes, He is always right here for me to talk to and share my innermost heart thoughts.

Out of the same elements that made up the water of the storm that shut in Noah and his family…….out of these same elements came the rainbow. Romans 5:3-4 tells us that our sufferings produce perseverance. Perseverance produces character. Character produces HOPE. Those words are hard to take because who wants to suffer in order for perseverance to produce character and character to then produce hope in our lives? Personally, if I were to have been given a choice, I would not have chosen suffering and grief. I would have chosen for God to heal Bob here on this earth instead of healing his body in heaven. But, that was not part of God’s plan for Bob or for me.

I have shared before that 53 days after Bob went to heaven my mother joined him. Two months later my dad joined them. One the afternoon of Daddy’s death my granddaughter looked out the window and exclaimed, “Look at the rainbows!”. Against the backdrop of a dark bleak stormy looking sky was the most beautiful double rainbow that I have ever seen. My first thought was that it signified that both of my parents were together again.  One rainbow shone brighter than the other and that was because Mama had been in heaven a little longer than Daddy and had absorbed more of the brightness of the glory of God. But, now as I think about that double rainbow set in that stormy sky that day, I see that it had even more meaning than that – a meaning that there was no way in my great grief and brokenness that day that I could possibly see. God was reminding me that there would be a rainbow waiting for me after the storm of grief subsides. It was a sign of HOPE.

I do not know where you are in your journey of grief, but wanted to tell you not to try to bust down the door that God has closed on you. The best thing you can do is to just wait out the storm and when you are able, talk to God. He can take whatever it is that you need to yell or scream at Him. Then, when you can, begin to thank Him for what you are learning in the storm. There is nothing sweeter to His ears than our thanks and praise.