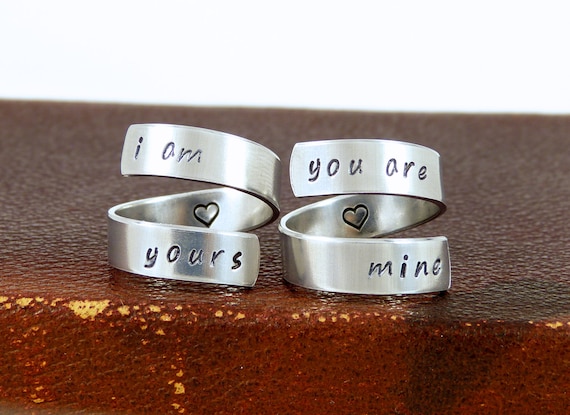 Recently I bought myself an inspirational day brightener by Holly Gerth called “You’re Already Amazing” to remind myself that I have value and worth. Today’s reading talked about the woman that had been brought to Jesus after having been caught in the act of sin. The leaders angrily surrounded her speaking accusatory words and were ready to stone her. Jesus “stooped down and wrote in the dust” with his finger. The last sentence of the reading said:

“In the dust of our hearts, I picture Jesus writing truth that covers those words…

One of the greatest losses of a widow is that KNOWING that she belongs explicitly to someone. Not the kind of belonging in the sense that she is a slave bound to her husband, but that sense of being so loved by a man that he has chosen her specifically out of everyone else in the world to be his best friend, his lifetime companion, his wife to love, honor and cherish for all of their lives. My husband was not what anyone would imagine to be a romantic man, but he often very lovingly with a look of delight in his eyes would say to me, “You are mine and I am yours”. I cherished those words because not only did I love him and desire to be his, but I was so happy to belong to him. It gave me a sense of being a precious jewel that was highly valued, greatly loved and most carefully protected. There is no feeling like that in the world.

I grieve now that I no longer belong to anyone in that way. There’s an awareness of great emptiness that comes when that phrase in your wedding vows “till death do us part” happens and the two who are one become torn. Yet, when I read those words at the end of the page for today in my day brightener, I felt a warmth steal over my heart and tears coursed down my cheeks. For you see, I DO still belong to someone. I belong to God. I could hear God say,

“Candy, you are still loved. You are accepted. I chose you especially before the foundations of the world. You are MINE.”

No, that sense of an earthly belonging that I experienced with my husband is not the same as my feeling of belonging to God. Yet, I believe that when I step from this life into heaven and see Jesus’ face as He gives me a great big hug, I will experience an even greater love, acceptance, sense of being especially chosen, and a belonging like none I have ever known. I “hear” Bob’s voice telling me today as I have “heard” it many times, “It will be worth it all, Candy. It will be worth it ALL! You are still cherished!  You are still loved! We are HIS and He is ours!”

One of the many questions I have had for the last five years has been “Why pray?” For a very long time after the death of my husband I could not pray. During the last 3 months of Bob’s life I would take care of his needs as he lay in the hospital bed in our living room and then find times to quietly slip into our bedroom to fall on the floor on my face where I would go before the throne of God on our behalf begging God to heal Bob. I believed that God would answer my prayers favorably and that, in time, Bob would recover his health and strength. I even went so far as to tell God that His reputation was on the line because other people were watching to see if He would heal Bob or not.

When my prayers were not answered the way that I had prayed them, I was completely devastated. I felt betrayed. I felt that all the days of my life that I had lived for God and done all that I knew to do to please Him were of no value whatsoever. Honestly, I felt totally abandoned by God.

So, when I heard someone asking for prayer for this or that, my first thought was, “You might as well not pray because God will do whatever He wants to do.” When someone directly asked me to pray about something, I would never commit to that. I felt that would be wrong for me to say I was going to pray knowing that I was really not in a place where I could do that. I would say how sorry I was that they were going through whatever they were going through and then change the subject.

Months passed until I found myself suddenly and without thought praying, “Help me, God!” or “Thank you, Lord.”  I was able to pray “Thank you, Lord” because I saw all the ways He was taking care of me when I was not asking for His help. The “Help me, God!” came from a heart that knew I could not turn my back on Him and go through this without Him. You see, I still loved God even though I felt utterly crushed and rejected. My sorrowing spirit knew deep, deep inside that God had never left me.

As time has gone on, I have added more to my prayers and begun to make different requests. Yet, as soon as I utter those requests, the question “Why am I praying when God is just going to do whatever He wants to do?” immediately pops into my head and I feel a state of confusion going on inside me.

Every morning before I get out of bed to begin my day,  I listen to a section of the Old Testament, New Testament, Psalms and Proverbs read aloud by Brian Hardin on the Daily Audio Bible app that I have on my iPad. This morning’s New Testament reading was from a section of Mark 14 where Jesus has told his disciples that one of them was going to betray Him. He takes them with Him to Gethsemane and tells them to stay there while He goes a little further for a time of prayer. Peter, James and John join Jesus and go even further with Him before Jesus goes on a little distance away to be alone.

“And He (Jesus) said to them, ‘My soul is deeply sorrowful unto death. Remain here and keep watch.’ He went a little farther and fell on the ground and prayed that, if it were possible, the hour might pass from Him.

He said, ‘Abba, Father, all things are possible for You. Remove this cup from me; yet not what I will, but what You will.” Mark 14:34-36  Modern English Version

Countless times I have heard or read those words of Jesus’ prayer, but this morning those words meant something to me personally because they answered my question of “Why pray?” that has been going around and around in my head since my husband went to heaven.

Jesus was in that place of the deep sorrow of anticipatory grief that I was in – especially those last three months of Bob’s life – that place where I fell on the floor of our bedroom so many times and asked God to remove the cup of impending death that my husband was facing.

But, notice what Jesus said right after He asked God to remove the cup of death from Him – “….yet not what I will, but what You will.”

The thought to pray those words or anything that sounded like those words never entered my head all those times when I prayed because I was so focused on my will and what I wanted and thought was best for me and for Bob. In fact, those words did not find their way to my prayer until an hour or so before Bob went to heaven when I prayed, “Ok, God. I can’t do anything else for Bob. So, I give him to you now to heal.” It was not long after those words left my mouth that Bob received total and forever healing in heaven. That was definitely not what I had meant when I prayed those words.

This morning Jesus answered my question “Why pray?”…….”Why ask for something knowing that God will do what He wants to do?” Jesus Himself had a need and went directly to God with that need knowing that all things are possible with God. He knew what He wanted. He did not want to suffer that horrible death of crucifixion where all the sins of the world – my sins and your sins – where put on Him there on the cross.

But, Jesus wanted God’s will more than He wanted His own will. He fell on the ground with all of that grief and pain in His heart that was manifesting itself in his body physically and emotionally, asked God to remove the impending death on the cross from Him, and then gave up His own will for God’s will when He said those words, “.…yet not what I will, but what You will.”

Why pray? Because Jesus Himself prayed and asked God for what He wanted. Yet, He did not end His prayer there. He added, “…yet not what I will, but what You will.” He gave up His own will for whatever God’s will would be.

That is the point that I have to come to whenever I pray. I have to be able to have the courage to make my request and then say, “…yet not what I will, but what You will.” Can I be vulnerable and say that just the thought of uttering those words brings tears to my eyes and a lot of pain? I still struggle accepting that God’s will is better for me than my will. Do I want to get to that place of full and total surrender to God? Yes, I do.

How about you? Have you wondered “Why pray? What’s the use because God will do whatever He wants to do?” Or, have you been able to completely surrender your will to God’s? Are you able to pray the prayer that never fails? “Thy will be done”